When you Google VR video player online or directly search for a 360 VR player app in Google Play or App Store, you can see many searching results offered that. Surely you don’t want to try these VR video players on your Windows PC, Mac, Android phone or iPhone one by one. To save some of your time, we have done the legwork and listed 5 best VR video players for you.

SKYBOX VR Video Player is an ultimate local VR video player for Windows PC. It is compatible with VR headsets like Oculus Rift, HTC Vive, and Microsoft MR. This VR player supports any format video Including MP4, AVI, MOV, VR, 2D, 180 and 360 degrees. Moreover, it can support 3D Side-By-Side and Over-Under movies. It is able to stream VR videos from your UPnP/DLNA media servers. 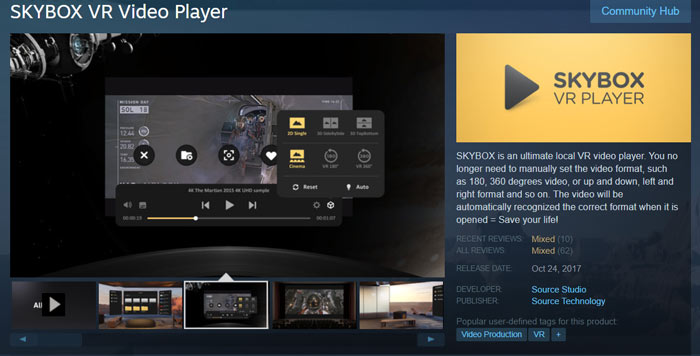 SKYBOX VR Video Player has the 4K local and streaming playback support. It also offers a Theater mode for you to watch 2D and 3D videos. This Virtual Reality video player has the capability to automatically optimize your video and give you a great VR video viewing experience. It is not a free VR player. You need to pay $9.99 for it. 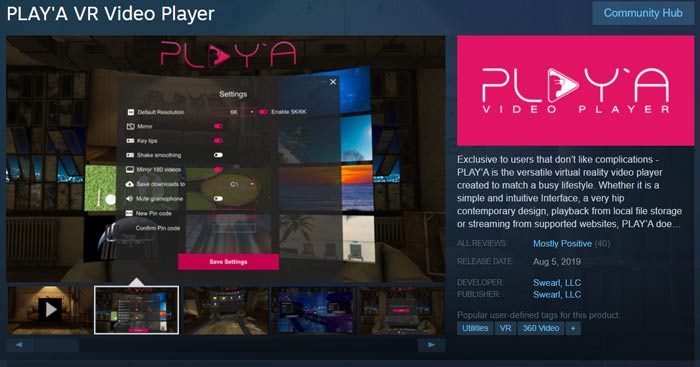 FVC Free VR Video Player is a popular video playing tool which can play your VR and 3D videos from local computer. It highly supports any video formats including MP4, MKV, AVI, FLV, MOV, and more. It is compatible with major web browsers like Chrome, IE, Firefox and Safari to help you to play VR videos with high quality. 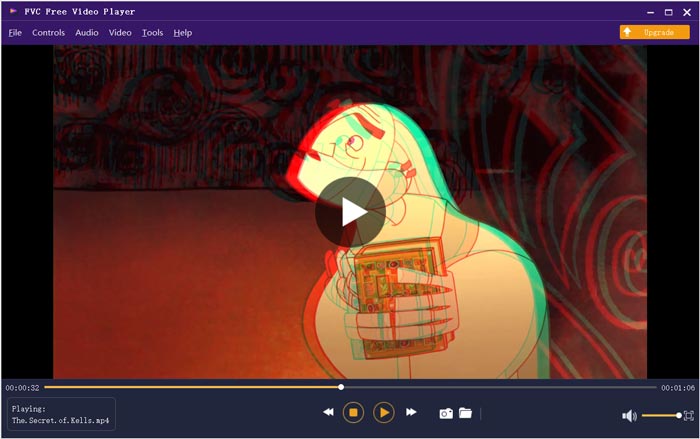 This free online VR video player can automatically optimize your local videos. Moreover, it supports the DTS-HD and Dolby TrueHD to give you a great sound experience. One you should know is that, this VR video player doesn’t carry the streaming feature. You are only allowed to view downloaded VR and 360-degree videos.

YouTube VR is a great VR video player app to stream your favorite YouTube channels, videos and creators in virtual reality. It gives you a new virtual reality experience to explore videos on YouTube, from 3D 360 videos to standard rectangular videos. This free VR player supports Gear VR and Go. It also allows you to directly search for YouTube contents with your voice. 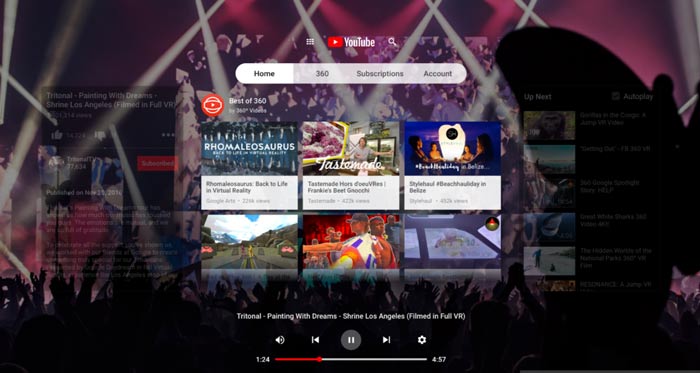 YouTube VR offers an Android app for the VR videos playback on mobile devices. But it doesn’t bring an iOS version. You can also get the YouTube VR on your computer.

DeoVR is a powerful VR video player for all available headsets like HTC Vive, Oculus Rift, Go, Dear VR, Oculus Quest, SideQuest, Google Cardboard, Daydream, and more. It has a built-in VR media browser that can deliver great VR contents from YouTube and other video streaming sites. It offers a zoom feature which can bring you closer to the action, even for naked eyes. 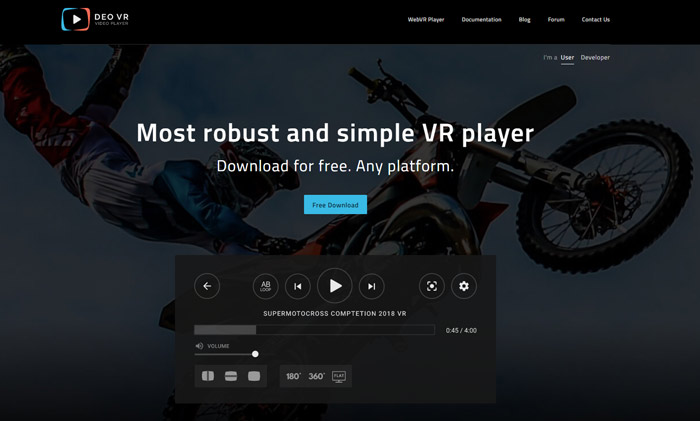 DeoVR video player has the capability to adjust the video according to your body position. It gives height fits viewer’s height to match the camera’s POV. This VR video player is compatible with most controllers including Oculus Remote, Oculus Touch, keyboard and mouse, and more. DeoVR also brings a free WebVR player for you to watch VR and 360-degre videos online.

Question 1. What is a VR video?

VR and 360 VR videos refer to videos an captured with entire 360 degrees at the same time. VR video is captured by specialist omnidirectional cameras. A VR video can offer an immersive and interactive experience. VR videos are accessed through the usage of virtual reality headsets.

Some obvious VR content platforms are HTC Vive Video, Vive Cinema, Cmoar VR Cinema, Samsung VR, Steam VR, Oculus, VeeR VR, WITHIN, Littlstar, Jaunt, and YouTube, Vimeo, Facebook, and so on. All of them provides 360 VR videos for you.

Yes. VLC 360-degree technical preview is now available. You are allowed to play both VR videos and photos.

After reading this post, you can get 5 VR video players to play 360-degree videos in your VR headset, and on computer, iPhone and Android phone. You can leave us a message if there are still something about VR video playing bother you.