3 Free Ways to Convert FLV for Playing on Xbox

FLV is widely used for news and video sharing sites. When you download some online videos from YouTube, Hulu or Facebook, you are more likely get FLV files. FLV format can be supported by many players, devices, platforms and browsers. But it can't be played on Xbox.

More than just a game console, Xbox also allows you to play videos and music through a USB flash drive or external drive. Xbox is compatible with many popular media files. But as it mentioned above, you can't directly play FLV on Xbox. When you want to view FLV files on Xbox, you have to convert FLV to Xbox supported format.

Part 1. How to Free Convert FLV to Xbox Online

Many video converters can help you convert FLV to Xbox supported format like AVI or MP4. If you are dealing with some small FLV video clips, you should first give the free online FLV to Xbox converter a try.

Free Online Video Converter is an easy-to-use video converter which enables you to convert FLV to MP4, AVI, WMV, MOV, or another Xbox console supported format. Compared with other online converters, it requires no account sign up or sign in. Moreover, there is no any file size limit for your FLV file conversion. The following guide will show you how to use it.

Step 2. When you get there, click Add Files to Convert and then Download button to install a launcher for the FLV converting. When the launcher is ready, there will be a pop-up window for you to add your FLV file.

Step 3. You can see some popular video formats including MP4, AVI, MOV, FLV, WMV, MKV, and more are listed under the loaded FLV file. You can pick a Xbox supported format like MP4 or AVI.

Part 2. How to Convert FLV to Xbox Online with FreeConvert

FreeConvert is another popular video and audio converter which can help you convert FLV to Xbox supported MP4, AVI, or WMV. It has a specific FLV to Xbox Video Converter for you to directly convert your FLV files to Xbox.

Step 1. Open your browser and go to this FLV to Xbox Video Converter page. 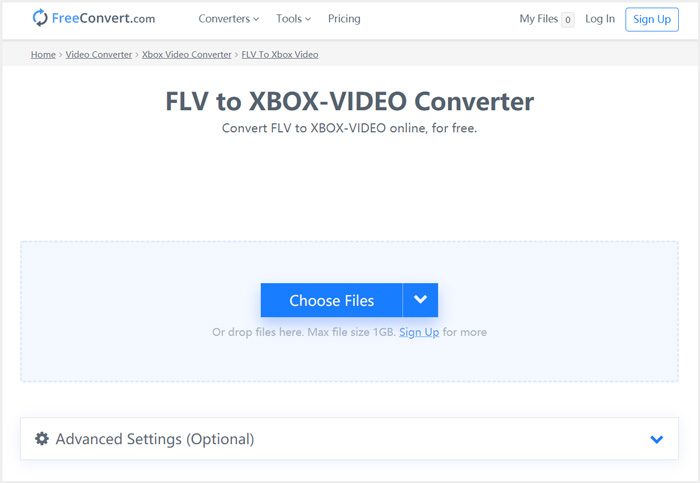 Step 2. Click Choose Files button to browse and upload your FLV file. You are also allowed to add file through URL, Google Drive and Dropbox.

Step 3. You can click Add More Files to upload other FLV files you want to convert. The target format will be set as XBOX by default. You can simply click on Convert to Xbox Video button to start the FLV to Xbox conversion. 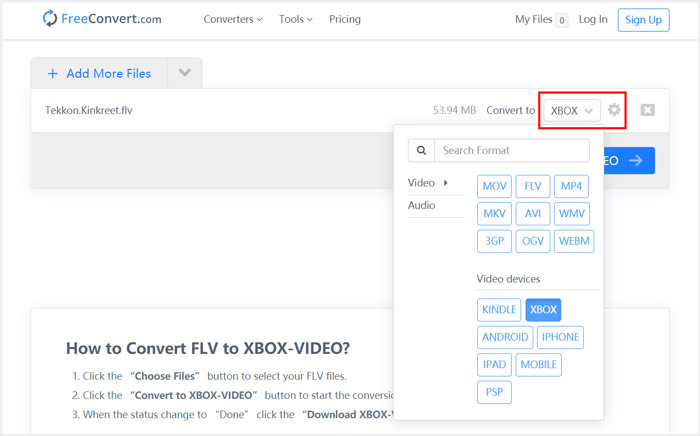 Follow the similar steps, and you can play any music on Xbox after converting them to Xbox compatible formats.

This FLV to Xbox Video Converter will start to upload and convert your video. After converting, you can click Download button to save it on your Mac or Windows PC. Or you can choose to save it on Google Drive and Dropbox. You will see some ads while using this free FLV to Xbox converter.

Besides online FLV converters, you can also rely other free video converters to convert and play your FLV files on Xbox game console. Here we introduce you with the powerful Free FLV Converter. It is specially designed to make various FLV conversions.

Step 1. First, you can double click on the download button to free install it on your computer. Open it and click Add Files to import your FLV file(s). 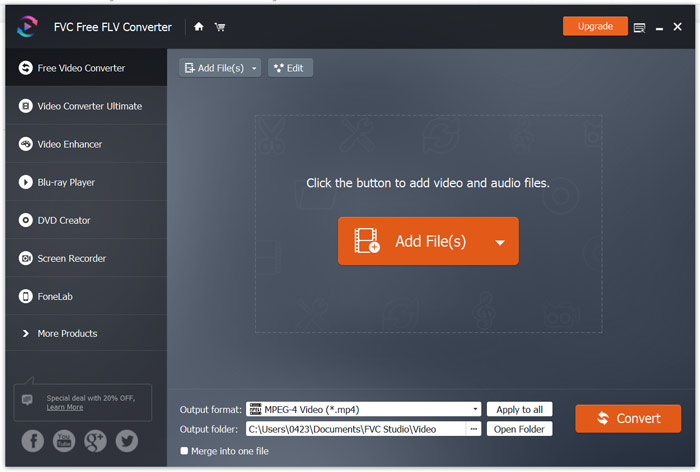 Step 2. Select MP4 or AVI as the target format from the drop-down list of Output format. For more settings, you can click the Settings icon next to the output format to enter the Profile Settings window. 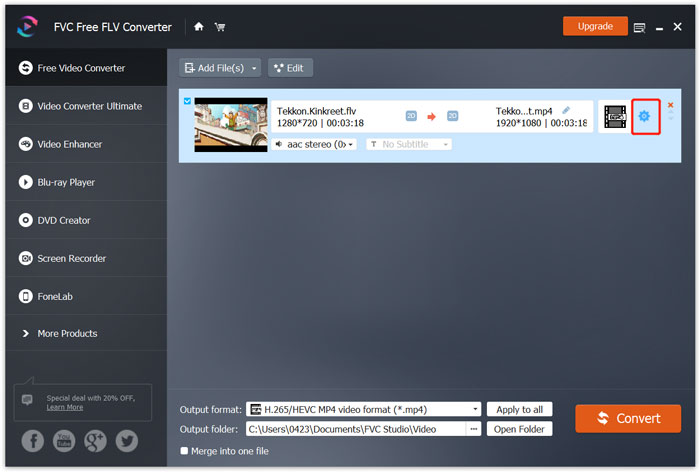 It also lists a specific Xbox category in the Output format for you to directly convert FLV to Xbox One or Xbox 360 supported file. But you need to upgrade it to a paid version.

Step 3. Click the Convert button to start the video conversion from FLV to MP4 or another Xbox supported video format.

Question 1. What formats can be supported by Xbox One?

Question 2. How to play videos on Xbox?

If you have the Movies & TV app on your Xbox One or Xbox 360, when you cast video to Xbox, or connect your external drive to Xbox, you can use it to watch videos with ease.

Can't play FLV files on your Xbox game console? To do that, you should convert FLV to Xbox supported file first. You can find 3 free methods to convert and play FLV on Xbox from this post.