> Resource > Tips >What is AVI

One of the known uncompressed formats is the AVI. It is most commonly used for synchronized playback of videos and audios. If you want to know more about AVI then you must keep on reading. The purpose of this article is to know what AVI is and what is the media player that supports this type of file. Keep on reading below to have more ideas about the format and media player available.

Part 1. What Is an AVI File

AVI was introduced in the market in the late 1992 by Microsoft. The AVI name meaning is Audio Video Interleave. It is one of the most popular file containers for its simplicity and compatibility in all different platforms. So, if you want to record or download a video or audio in the format of AVI expect that it is big in size because it is uncompressed. To have more ideas, here are some of the pros and cons of the format.

Now that you know what the format is about. Now is the right time to know how to play AVI files on your desktop. All of the tools that have been mentioned below are the best media player you already encounter or not while searching over the web. Every AVI player indicates description and steps so read carefully to know which one is the best.

Part 2. How to Play AVI Files on Mac and Windows Media Player

Use this FVC Free Video Player to watch any video format by using your internet. Unlike any other media player mentioned below this tool doesn’t need additional files just to function. So, if you have an internet connection you can watch anytime and anywhere. Also, it provides a high quality one and never has a bug issue to play AVIs. But remember that if your internet connection has been interrupted this tool will load or pause for a minute. Which is very common because it is internet dependent. You can also play DVDs here as well if you want. No more asking yourself how to open AVI files so you can watch it. If you follow the steps below provided only for you.

Step 1. Click this hyperlink to proceed to the main webpage of the AVI video player. 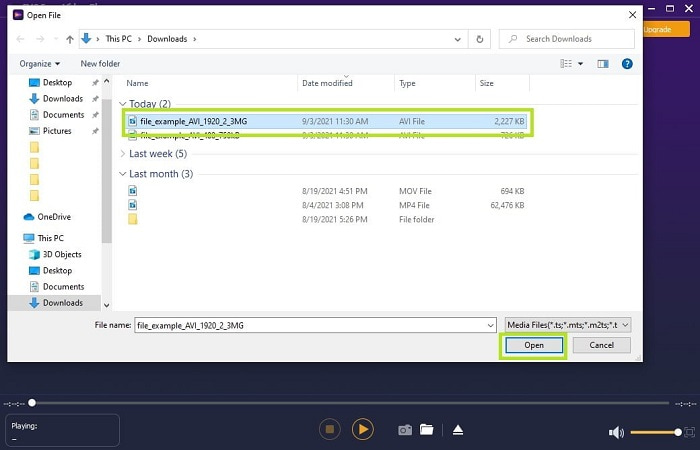 Step 4. Wait for a second to play the AVI video and voila it is now playing. In the interface you can also take a screenshot for free while watching if you want. 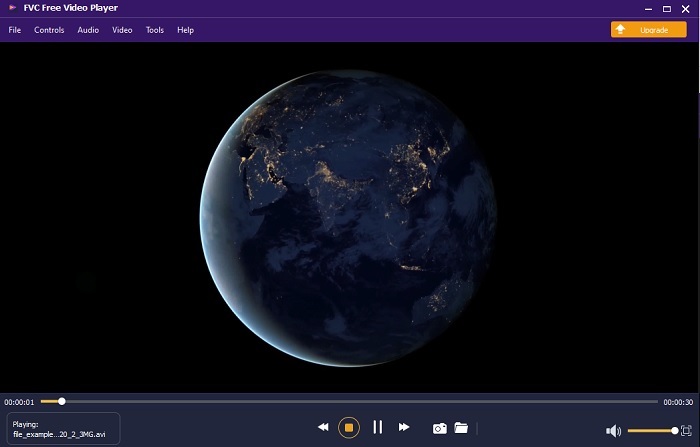 Step 5. And if you want to end the video just click the square button to stop. Repeat the same step if you want to play another AVI video or other format. 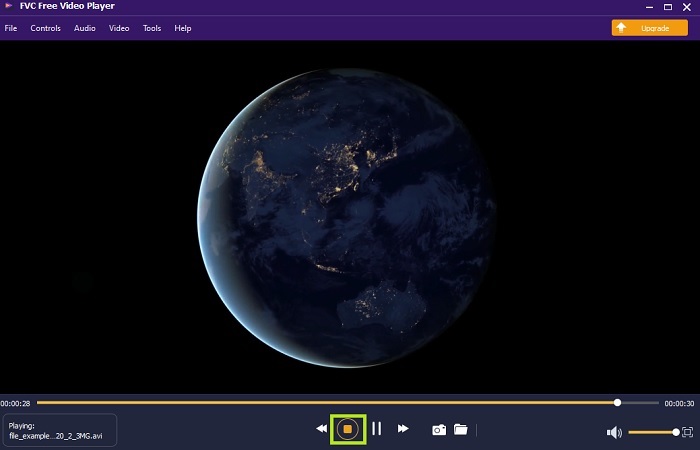 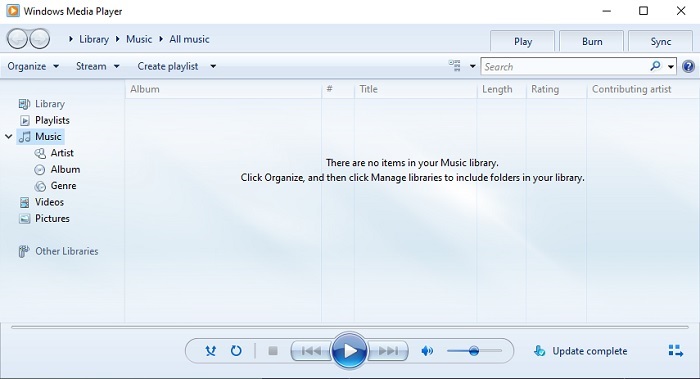 If you want to know how to play AVI files on Windows 10 you can use this default media player developed by Microsoft for Windows users. But there are some cases where you will need to download an extra codec just to play AVI on this media player. Which is a bit of a hassle and sometimes it is annoying because finding the right codec will give you a hard time. So, expect to have trial and error if this happens and sometimes to download the wrong codecs. But no need to worry because it is very simple to download codecs on your desktop. 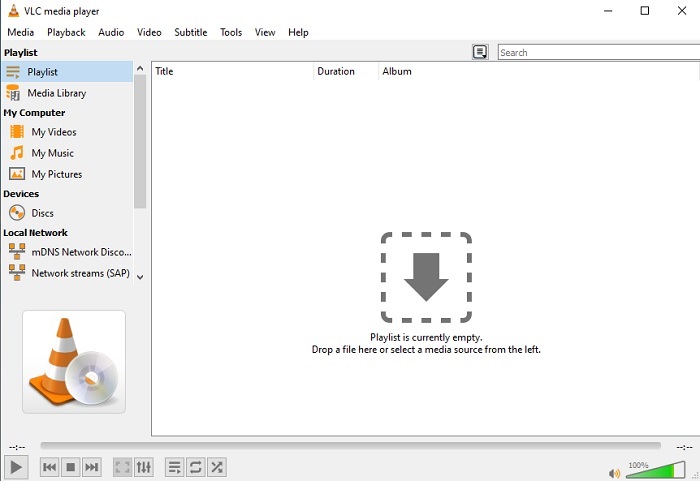 This media player doesn't require additional codecs to be downloaded and to play AVI. Maybe you're asking how to run an AVI file with ease VLC Media Player might be the answer to that. This media player helps millions of users world wide just to play their media file just by opening their file and playing it here. Despite millions of users trusting this tool there are some bugs in this tool and some of the files aren't supported in this software. Expect some errors but no need to worry because it is only once in a blue moon.

Part 3. How to Watch AVI Files on iPhone

The media players above can't be accessed over to your mobile devices. But there is a way to play AVI on iPhone or iPod. Not only that, we know that AVI files are big. So, if you transfer it to your phone, it will surely take up most of the space on your devices. Instead of transferring the raw AVI file you must convert it into a new format that is playable and now losing the quality as well. Convert AVI to a right format with the help of Video Converter Ultimate. For more details about how to convert please go to this link.

Which is better, AVI or MP4?

AVI is better on quality but uncompressed while MP4 files are less on space but it has a good quality as well. If you want to know more about what the differences are and which one is better, you must click AVI vs MP4.

How to convert AVI to MP4?

Converting is the best way to lessen the file size of your file and change it to another format. And the best way to convert AVI to MP4 is listed here in this article. It will teach you the steps on how to convert and what are the different tools you may use to convert.

What if the AVI file is not opening?

There are some reasons why AVI files aren't opening. First one it is because that the file is incomplete, except that because it is uncompressed that some file might be lost. Second, the AVI format is not supported on your local or third-party media player. Third, consider it dead especially if you compress it too much that it can turn into an unplayable one. Lastly, the codec is wrong, so if you compress the AVI with different codecs at the same time this problem is common.

To conclude, AVI is used by many users all around the web. But the file itself is uncompressed so you better be prepared to have a lot of space on your drive if you're recording, downloading or transferring AVI files. As of today, no more asking what is AVI format because of the given information above and where you can play it. Feel free to use the FVC Free Video Player because it is open-source that can be accessed by anyone with internet access. But you can also like to use the premium version of the tool that supports more format than the free version and it has a lot of features as well. If you want to check it click the download button to install it on your desktop.