MTV is a replacement for MP4 on Chinese portable media player devices. Although this format has the exact likeness of .amv, still, when you're about to transfer the file to your device like iOS, iPod or iPad, and Mac. The .mtv file will send, but it won't open on your default media player. Want to know how to fix this? Then read this article to explain the converters you can use to convert MTV to MOV and play it on your iOS, iPod or iPad, and Mac.

Part 1. Introduction for MTV and MOV

MTV formats are playable with the MP4 players in China created. This file format supports video playback on a low-cost MP4 player made by Chinese. Although it is an MP4 Player still playing videos on the .mp4 file extension, it is unsupported here. Especially if you transfer the file on some Apple products, the format is unplayable because of compatibility. Also, it authorizes the maker to create more players with less cost on license royalties.

MOV is one of the default media formats of development made by Apple. This media format is one of the best choices if you want to edit videos in detail. Also, this format uses a MPEG-4 encoder to make the file smaller without breaking the quality. Quality-wise, compatibility, and compression, the MOV is better than MTV in all said features.

MTV and MOV are containers for media files or data such as video, audio, and text. But MOV is much supported in every Apple device. So, if you want to transfer your MTV files on your MP4 media player to a Mac, iOS, iPad, or iPod, you must convert the file first. Want to know how to convert MTV files into MOV format? Without any more delays, let's proceed to the MTV converters you can use available on PC, Mac, and Online.

FVC Video Converter Ultimate is the phenomenal converter used by millions of users to convert their format into a compatible one. This lightweight and intuitive software can make your conversion unbelievably fast and without losing some of the files. Also, it supports hardware acceleration to boost and perform well on your desktop. Moreover, it also offers a multi-functional Toolbox used to edit, merge, audio boost, 3D and GIF maker, and more. Want to know what are the features of this tool? Then read this list of key features you can get once you download it.

And now that we know the key features of the MKTV converter, let's proceed now on how to convert MKV to MOV by reading and following the steps. No need to worry because all of the written steps in here will guarantee you success in converting.

Step 1. Tick the download button and start downloading it on your Mac. Once downloading is finished, click the file to install, next click Start Now to start running the software.

Step 2. Once the tool is running, it is now the time to add the file by clicking the + button. Find the .mtv file on the folder that will show on your screen, then click Open. 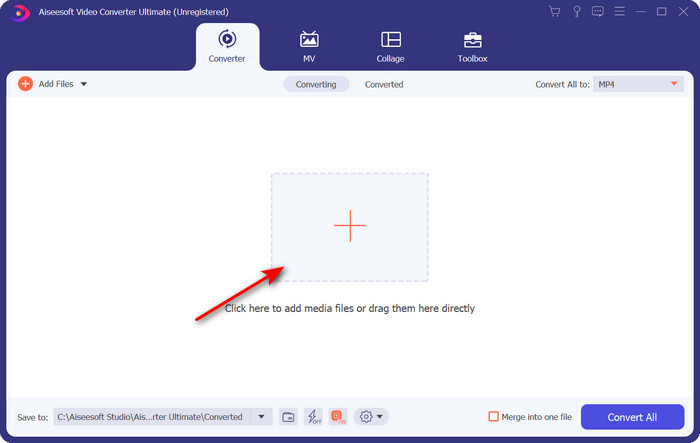 Step 3. By clicking the Convert All to, you can now locate the MOV format there. 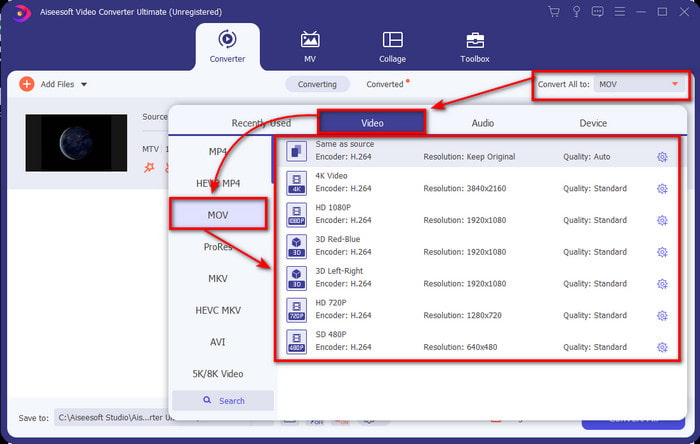 Step 4. Click the Convert All to begin the process of converting your MTV files into MOV format. 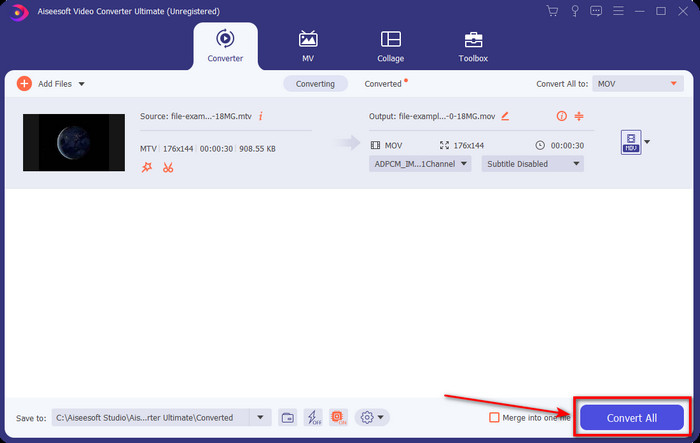 Step 5. Converting files will take an ample of your time; once done, a folder will pop up on your screen with the newly converted .mov format. If you want to watch the file, click it. 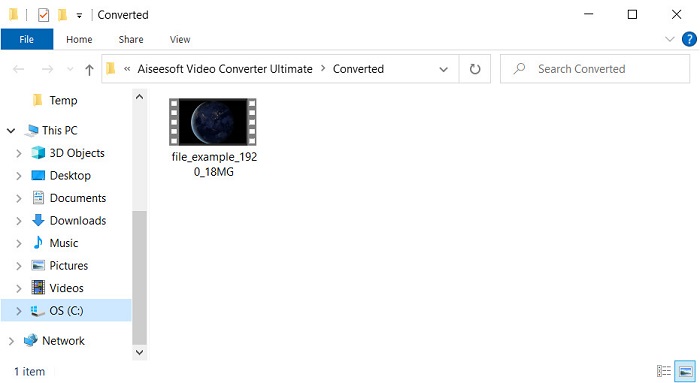 Don't want to download the MTV converter on your device because you want to solve the problem online? If so, use the FVC Free Video Converter Online. Unlike the first mentioned software, you can access this tool on your favorite browser without downloading it. Also, you can convert here without limitation in size, convert anytime or anywhere in the world. One of the drawbacks of this tool is that it is internet dependent; this is useless if you don't have an internet connection. But, if you have internet connectivity in your area and don't have time to download the software above. Then follow the procedure on how to convert MKV files to MOV.

Step 1. If you want to use this web tool, then click the link provided.

Step 2. After clicking the link, a website will show; click Add Files to Convert, and a file folder will show on your screen. Locate the file on the folder, then hit Open to upload it.

Step 3. Once the file is uploaded, choose the MOV format available on the list below. 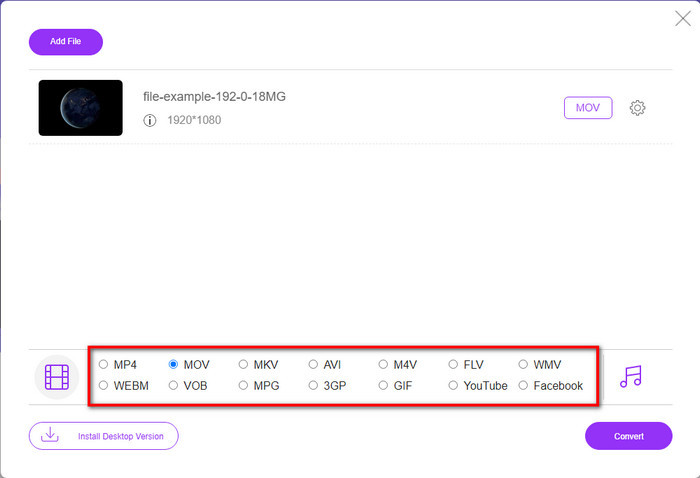 Step 4. Press Convert for the process to take place. 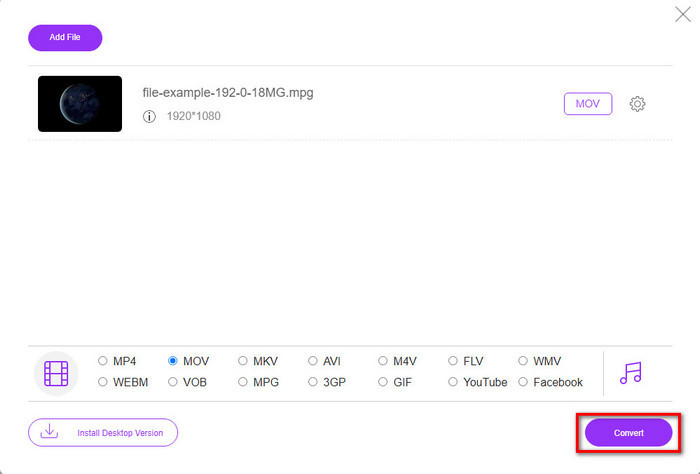 Step 5. The folder will show with the MOV file saved here. 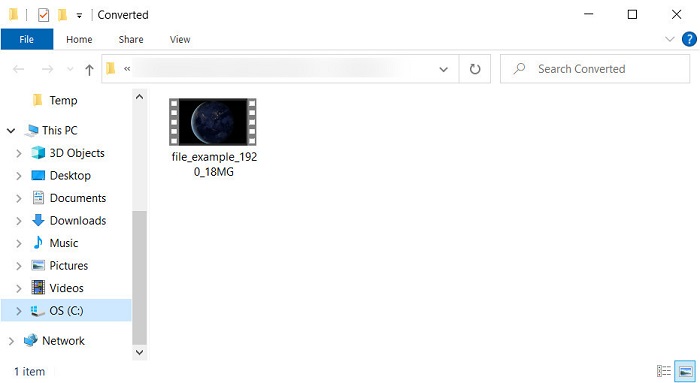 Can I convert MTV files into AVI?

Of course, you can convert your MTV files into AVI, want to know how to do it? In that case, let's discover the three methods you can use to convert MTV to AVI.

Quicktime is a native media player on all Apple devices, but this player doesn't support .mtv files. But you can read this article and know the QuickTime replacement you can use to play the .mtv file.

Why are MTV videos blurry?

One of the reasons why videos under this format are blurred is because it supports the low resolution. To save some of the space and upload many media files on the Chinese Portable MP4 Players and lessen the burden on processing it.

And now that we know how to convert our .mtv file and later send it on our Apple device, it is now the right time to choose. Whatever options you're going to use are the best in line with converting files online or offline. So, if you want to have an expert converter that provides excellence and ultimate power in converting, go with the FVC Video Converter Ultimate. But suppose you don't want to download a software on your device and want an efficient and effective converter online. In that case, FVC Free Video Converter Online is the choice.