What Is Difference Between MTS and M2TS

When you use an Sony camcorder to record a video, and play the video on Windows computer, you may notice that the video file extension is .mts, while it is .m2ts in your camera.

Are MTS and M2TF file the exact same video?

What is the difference between these two video files?

That’s what we shall talk in this post about MTS VS M2TS.

Part1. What Are MTS and M2TS Files?

Both M2TS and MTS file are the extension for AVCHD video. The file extension is .mts, and it will become .m2ts while it is imported into the computer.

Part 2. What Are Differences Between MTS and M2TS

As mentioned above, the most obvious difference between MTS and M2TS is the MTS file is generated on camcorder after recording from Sony, Canon, etc., while M2TS file is the changed extension while the MTS file is imported to a computer.

In the form of the carriers, MTS was created by Sony and Panasonic together as the format for HD camcorder, while M2TS file does not only used for HD video on AVCHD, but also works for the BDAV MPEG-2 Transport Stream container format to store files for Blu-ray Discs.

Almost all commercial Blu-ray discs from M2TS files are produced with encryption by copy protection when MTS files are created by using the common AVCHD technology without encryption.

Both MTS and M2TS files are encoded in the MPEG-4 AVC/H.264 codec, and audio in Dolby AC-3 codec. Most players and editors like Windows Media Player, VLC, 5KPlayer, Final Cut Pro, and more can open the files.

Though MTS and M2TS files are accepted by many software, they fail to play on some devices like iPad, iPhone, PSP, PS3/4, Zune, etc. Moreover, if you want to edit the recorded M2TS/MTS files on some software like

For converting MTS and M2TS files into the compatible formats, Free MTS Video converter will be the ideal solution. This free M2TS/MTS converter is the totally free video conversion software without watermark.

Click Add File(s) button to import one or more MTS or M2TS files into this program. If you have stored the MTS files on your camcorder, then just use the USB cable to connect the camcorder to this computer. 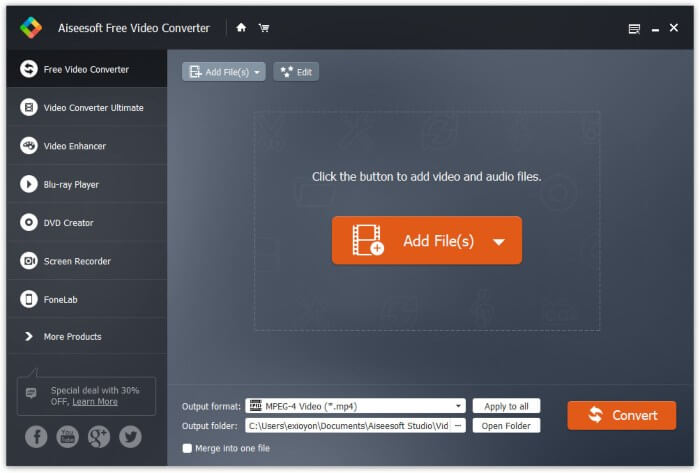 Select the output file from the drop-down list of Output format. Here you can select MP4, MOV, or other formats. 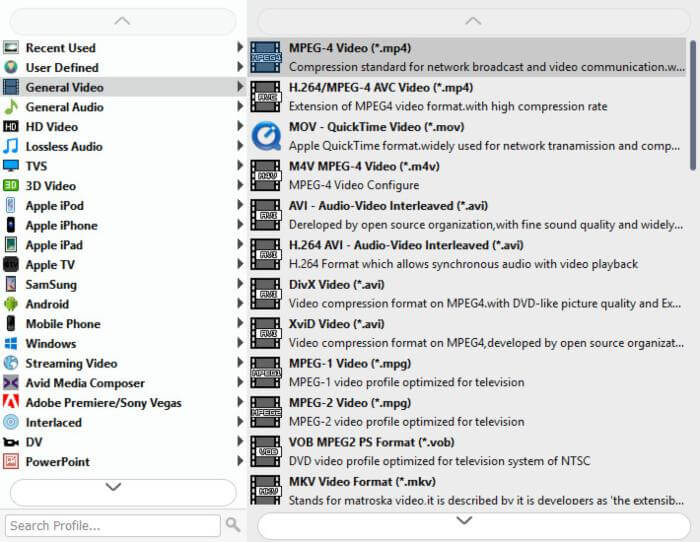 Optionally, you can click Edit to add the opening and ending themes for your recording. 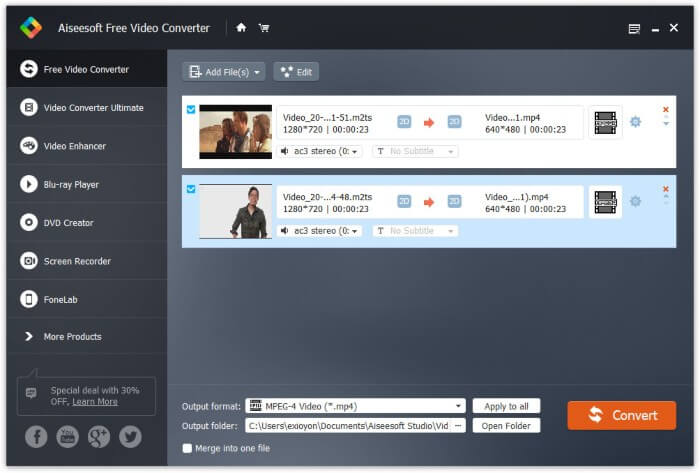 Is M2TS better than MP4?

In the form of compatibility, MP4 is more popular than M2TS, and accepted by almost all devices. Besides, MP4 supports the UHD 4K resolution while M2TS can only supports the high 1080p HD resolution. To summarize, MP4 is better than M2TS.

No. The native video format supported by Plex is MP4 container, H.264 codec and AAC audio codec. M2TS is not supported by Plex. For playing the M2TS files on Plex, you will need to convert M2TS files to MP4 firstly and then add the converted MP4 files into Plex for playback.

How to convert M2TS to MKV?

For converting M2TS files to MKV, you will need the M2TS converter. Free M2TS Video Converter is the free software that can convert M2TS to MKV, including the 3D MKV files. You just need to add M2TS files into this freeware, and select MKV from the output drop-down list. After that, click Convert to start changing M2TS to MKV immediately.

M2TS and MTS files sounds similar and many users are confused by these two items. This post lists the difference between MTS and M2TS, and you can identify them easily. Moreover, we also share the best M2TS/MTS video converter to change MTS/M2TS to MP4, MOV, AVI, WMA, MKV, and other popular formats for playing on more devices, so that you can use the M2TS and MTS files easily.

Do you still have any question about this topic?